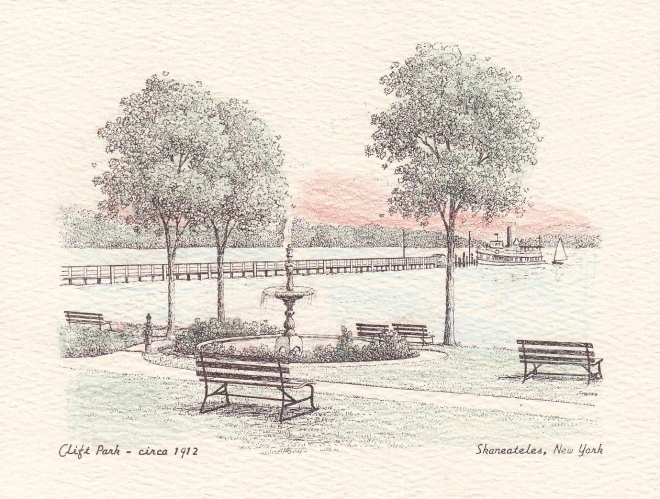 A note card, art by “Sandra,” published by Hometown Prints of Hayward, Wisconsin 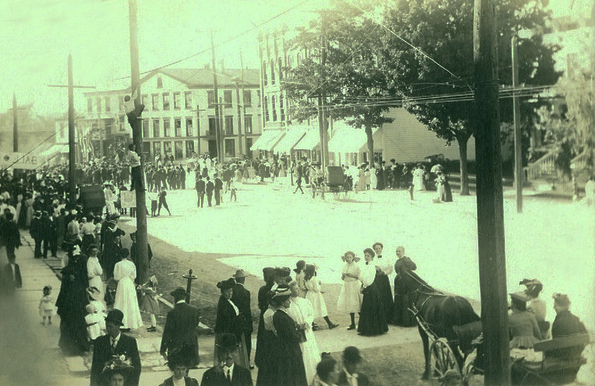 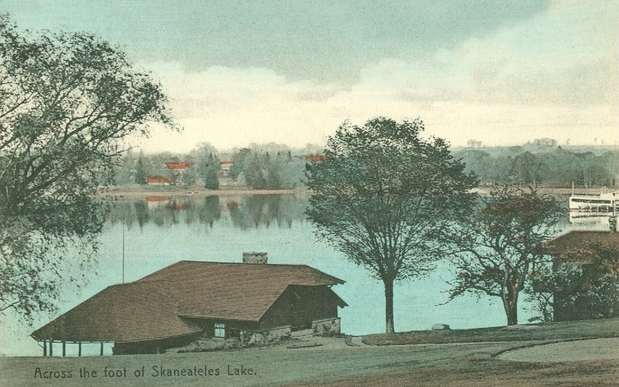 The dock at the Skaneateles Country Club in earlier days, definitely pre-1960.

For a hot day, a picture of cool water. The postcard says it’s the outlet, but I can’t tell where, given the lack of landmarks.

One of my favorite truisms is “Hope is not a strategy.” And yet for three years, as water has flowed into the basement of the house just west of Brad Wirth’s garage, hope has been the strategy of everyone responsible.

For the first two years, everyone hoped it wasn’t a problem. But in the basement of the house he owns, Brad Wirth was burning up one-two-three sump pumps, going 24 hours a day, 7 days a week.

A year ago, when the Town, Village and State of New York acknowledged that there was a problem, each began to hope it wasn’t their problem. The source of the flow appeared to be just outside the Village line, so the Village hoped it was a Town problem. The Town hoped the flow was coming from the Village. And both hoped it might be drainage and hence a State problem, as the water flowed along Route 20. The State, of course, hoped it was anybody’s problem but its own.

On Thursday, July 14th, just three short years after this began, representatives of all three entities gathered at the scene, together, at the same time. Imagine that.

The theory that it was a drainage problem was again lifted up for consideration, in spite of the fact that it hadn’t rained in weeks and the flow was constant. Then they noticed that as they pumped water away from the source, the volume of water coming from the sump pump lessened. Hmmm.

When they lifted the nearby cover that provides access to the water main, they found the manhole filled to the brim. That wasn’t right.

And finally, a water sample was taken, and identified as treated water, that is to say, our drinking water. The water was coming from a break in a Village water main, and has been, at the rate of five gallons per minute, for three years.

That’s a lot of water, all paid for by Village taxpayers. For three years, our taxes have flooded a basement, created a channel in front of Brad Wirth’s garage, flowed down Route 20 and turned a nearby grassy lot into a bog.

In fairness, I must admit that I found some joy in Wirth’s Brook. As I walked by each morning, the sunlight sparkled on the water, the water rippled prettily over the broken pavement, and last summer, in front of 1333 E. Genesee Street, cattails grew and a family of frogs lived in the small pond created by the clear flow. This celebration of life lifted my spirits.

But I will happily give that up for Brad’s sake, and for a marginally lower water bill.

Join me, if you’d like, for a quick tour of Wirth’s Brook. Below, the source, the headwaters of the Nile:

The brook continues its flow east on Route 20…

… where it joins the stream being pumped from Brad’s basement…

… and continues east, past 1333 E. Genesee and flows over the driveway…

… and into the adjacent lot…

… where it creates a bog. Note below the ruts made by someone on a rider mower who attempted to cut the lush green grass your tax dollars have been watering. 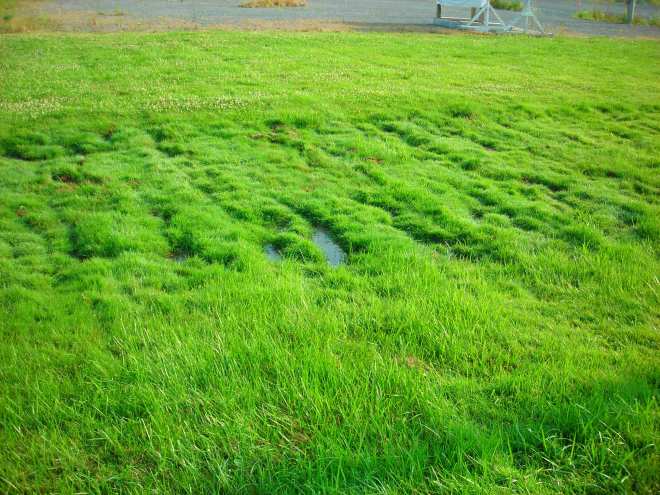