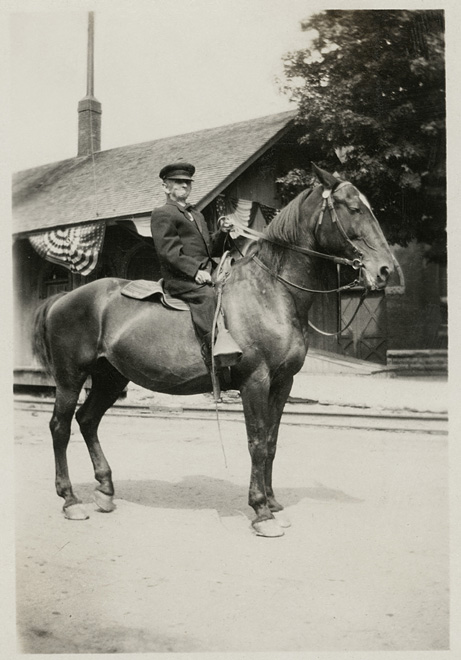 Either before or after a parade, in front of the train station. 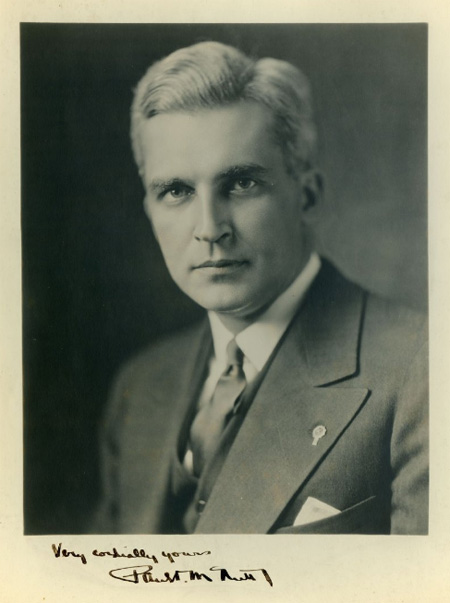 In the summer of 1936, the Kan-Ya-To Inn (today’s Sherwood Inn) hosted Governor and Mrs. Paul V. McNutt of Indiana for an overnight stopover. Before departing from the village, they breakfasted at the Krebs.

McNutt later served as Commissioner to the Philippines, chairman of the War Manpower Commission and U.S. Ambassador to the Philippines. Although once thought of as a candidate for the Presidency, McNutt did not always receive the best press. In 1942, possibly in reaction to the brutal Japanese occupation of the Philippines, McNutt urged “the extermination of the Japanese in toto.” When asked for clarification, McNutt said that he meant the Japanese people as a whole, not just the Japanese military. One week later, McNutt stated that the comments reflected his personal views and not official U.S. government policy.

President Franklin D. Roosevelt privately referred to McNutt as “that platinum blond S.O.B from Indiana.” But the Governor and Mrs. McNutt did comment on the beauty of the village and the lake. 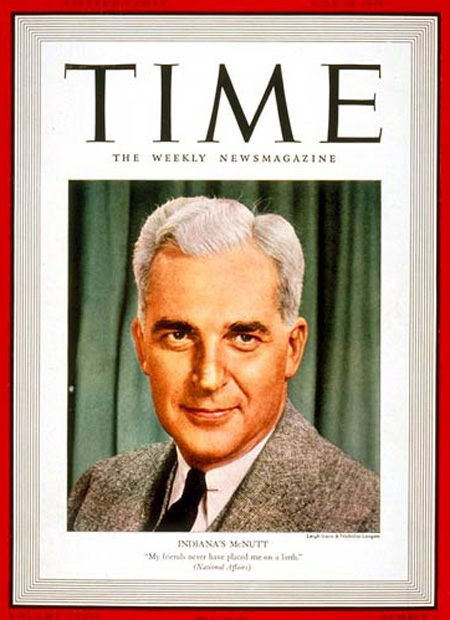 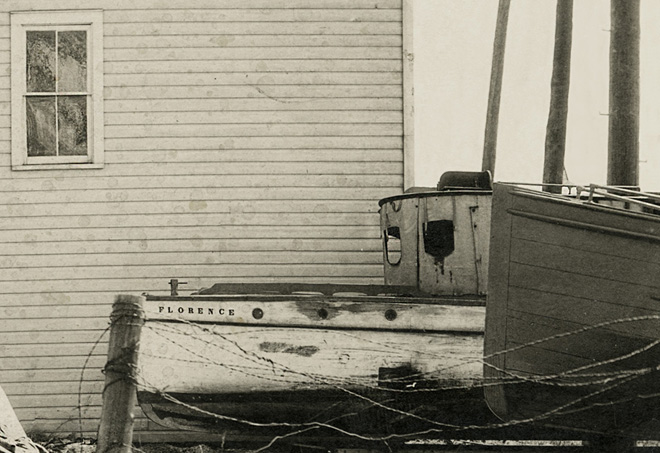 Shown here at the end of her days, beached behind the business block, the Florence had a long and useful history on the waters of Skaneateles Lake. 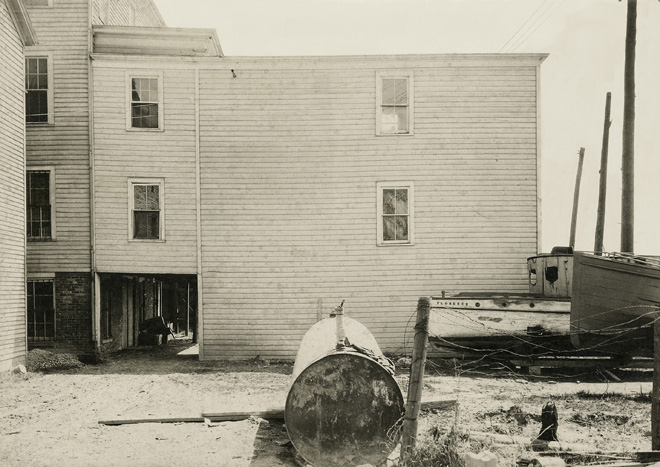 The Florence was built in 1922 by the Skaneateles Boat & Canoe Company for the Skaneateles Navigation Company, a non-profit organization of summer cottagers. She carried mail and groceries to camps up and down the lake, making about 40 stops. She also carried passengers, and it was said that she was the first boat on the lake to have comfortable seats. The Florence left the bridge in the Village at 9 a.m. on weekdays and returned about 3:30 p.m. On Sundays, she left at 10 a.m., and returned about 4 p.m. It was noted that she never had an accident, but participated in several rescues each summer. And as a special accommodation, on the southbound part of the trip, geologists could debark at Staghorn Point and arrange with the boat’s captain to be picked up at the same spot on the northbound return trip. The Florence ran throughout the 1920s and 30s, but was replaced by a new launch, the Spray, in 1941, run by the Stinson Boat Line, Inc. And then, in January of 1943, the Florence sank. 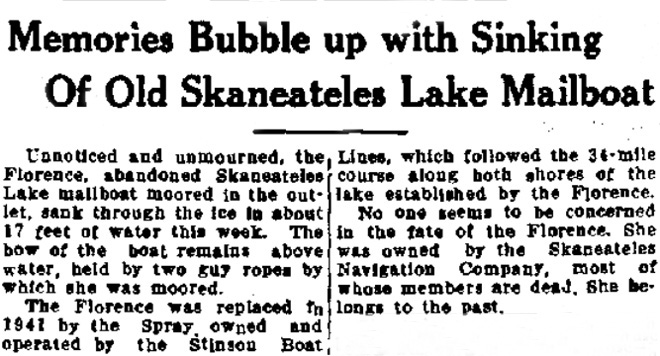 However, the Florence was not finished. In December of 1941, the U.S. was pushed into World War II by the Japanese attack on Pearl Harbor. This prompted gasoline rationing on the home front and sent Bill, Bob and Don Stinson off to war service. In August of 1943, Allie J. Hoffman, of Hoffman’s Pharmacy, bought the derelict Florence from the Village and refitted her to run as a steam launch. In the summers of 1944 and ’45, she was back on her route, with Hoffman’s daughter, Betty, working as the mail clerk. It was a fitting encore for the Florence after her many years of service.

My thanks to Bill Hecht for scanning the above photo from the collection of the Skaneateles Historical Society. News article from the Auburn Citizen-Advertiser, January 14, 1943. 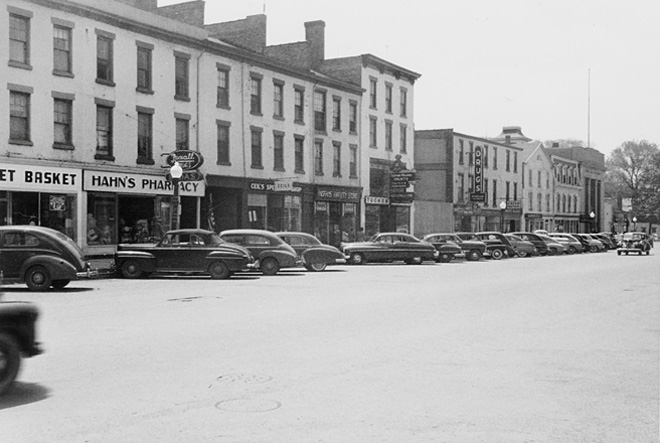 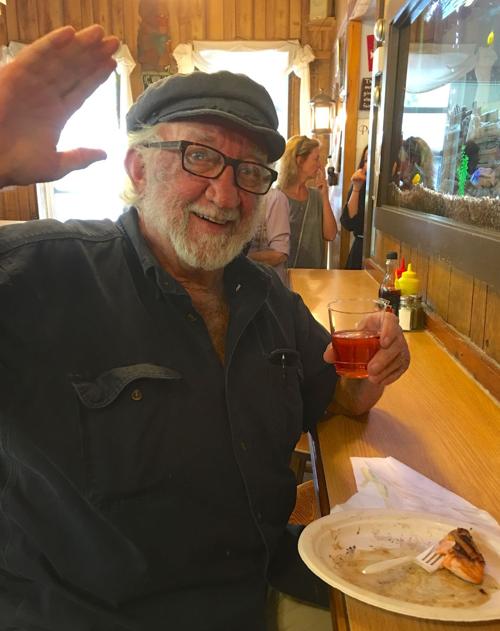