In September of 1940, with World War II already engulfing Europe, Jonathan Mayhew Wainwright IV, a career Army officer, was promoted to the rank of Major General and sent the Philippine islands, seemingly a world away from the war. But in the spring of 1941, Wainwright put his wife, Adele Holley Wainwright, on a ship bound for home, and told her, “If you’re in San Francisco the first day of June, I’ll be very much relieved.”

On December 7th, 1941, the Japanese bombed Pearl Harbor; they attacked the Philippines the next day. The Japanese could not be stopped with the small force the U.S. maintained there, and the city of Manila fell on January 2, 1942, leaving only the peninsula of Bataan and the island of Corregidor in U.S. hands, guarding the entry to Manila Bay.

General Douglas MacArthur, the highest ranking U.S. officer in the Pacific, was ordered to leave the Philippines for Australia on March 11th, at which point the defense of Bataan and Corregidor “devolved” to Gen. Wainwright.

MacArthur had visited the front lines once; Wainwright went every day. A writer in Time magazine noted, “His indifference to snipers became a legend. With his headquarters on Corregidor, he continued to cross to Bataan to encourage his troops. He was ravaged by beriberi, emaciated. He could barely use his right leg; he dragged himself along with a cane.”

Bataan fell on April 8, 1942, but Corregidor held out. Wainwright was urged to leave, but he said, “I have been with my men from the start, and if captured I will share their lot. We have been through so much together that my conscience would not let me leave before the final curtain.”

For another month, under constant artillery and air bombardment, the island resisted. It was estimated that on the day and night of May 4th alone, Corregidor was struck by more than 16,000 shells. The defenders had scant food and water, and had not slept in a month. Medical supplies and ammunition were gone. No relief was coming.

When Japanese tanks and soldiers pushed the defenders back to within a few yards of a tunnel that held 1,000 wounded troops, with doctors and nurses, Wainwright chose to save the lives of the surviving men and women. He surrendered the Corregidor garrison on May 6, 1942, and spent more than three years in Japanese prison camps, in the Philippines, on Formosa, and in Manchuria, believing that he was in disgrace back in the United States.

Gen. Wainwright’s wife, Adele, had come to Skaneateles from California in April of 1942, to live with her mother, Elizabeth Holley, who was born in Skaneateles. Also married to an Army officer, Elizabeth had lived all over the world, but came back to Skaneateles to visit, and in 1928 she moved here to be closer to her grandson, Jack Wainwright, who was a student at the nearby Manlius Academy. 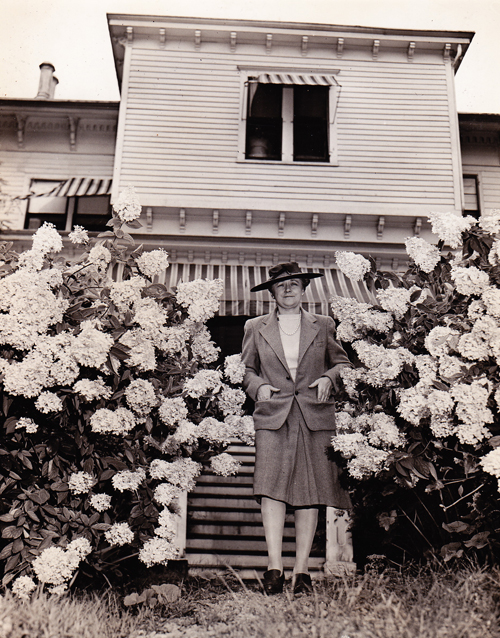 Mrs. Wainwright wrote letters to her husband as often as regulations would permit, sending more than 200, of which the General received six. The General was allowed to write 40 letters during his captivity; his wife received 13. From April to August of 1945, there was no word at all, until a 5 a.m. phone call from an Associated Press reporter telling Adele that her husband had been found alive, and freed. 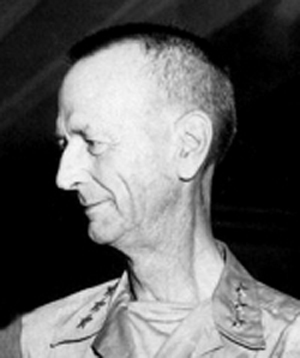 On August 25, 1945, the prison camp in Manchuria that held Wainwright was liberated. When told that he was thought of as a hero, he was stunned. Back in uniform, he witnessed the formal Japanese surrender in Tokyo, accepted the surrender of the Japanese commander in the Philippines, and was flown to Washington, D.C., where he was reunited with his wife and received the Congressional Medal of Honor from President Truman, who said, “Take it easy. We don’t want to fatigue you.” To which Wainwright replied, “That’s all right. I’m pretty tough or I wouldn’t be here.”

In New York City, Gen. Wainwright was honored with a ticker-tape parade and then he was flown to Hancock Field in Syracuse and brought by car to Skaneateles where he would spend four days. 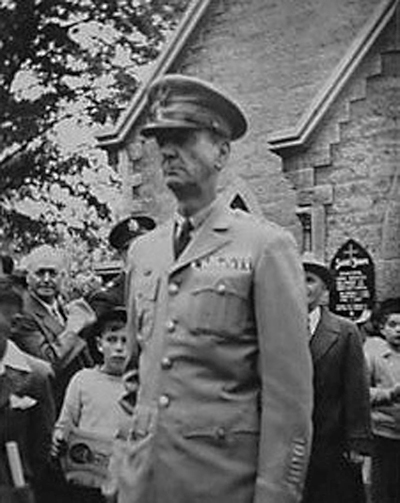 The Village, in the words of the Skaneateles Press, “became a throbbing, pulsating community with newsmen and radio announcers flocking in. The general’s military body guard were frequently seen about the streets and the village took on the aspect of a top military headquarters.”

The General shakes the hand of 3-year-old Sharon Feeley of Auburn, N.Y.

On the 25th, the Village subjected the General to a homecoming parade that included 35 marching bands, followed by an evening banquet and speeches at the Sherwood Inn. If the General would rather have been resting, he was too polite to say.

The General did receive a watch, which he made it a point to wear when next he visited. He was that kind of guy.